The Afghan War Took an Awful Toll. I Would Still Serve Again. 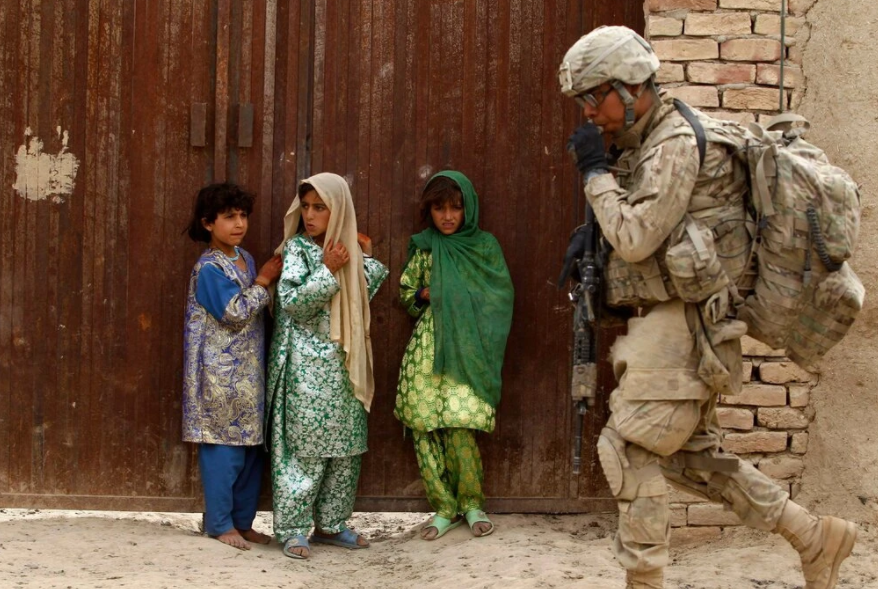 Mr. Exum led light infantry and Army Rangers over three deployments to Iraq and Afghanistan from 2001 to 2004.

Was it worth it?

I don’t mean the wars — it’s nearly impossible to argue the wars were worth it, surely — but what about our service in them? Did it mean anything?

This question haunts many veterans on the 20th anniversary of the Sept. 11 attacks. Did anything we do in the years that followed matter? Worse, if the wars in Iraq and Afghanistan hurt the United States more than they helped, did our participation in them betray the country we had pledged to serve?

I was already a second lieutenant in the Army in the fall of 2001, and much of my life since then — two combat deployments to Afghanistan, one to Iraq, time back in Afghanistan as a civilian adviser, several years in the Pentagon as a senior defense official — has been shaped by America’s forever wars.

The chaotic final weeks of the war in Afghanistan prompted old friends — military veterans, aid workers and diplomats — to get back in touch. Some have been laboring mightily to get vulnerable Afghans out of the country, but mostly, they were just trying to make sense of it all and needed someone to talk to.

I did too. As Afghanistan fell to the Taliban’s lightning offensive, I grew queasy, unable to open the newspaper in the morning and not particularly eager to discuss what was happening, not even with my wife and family. I deleted social media apps from my phone. I avoided the television. The only people I wanted to hear from were those who might be experiencing the same emotions as me.

Before we knew it, two decades of war had ended not with any treaty of surrender or climactic battle but rather, as one Marine friend noted, with a notice about uncontrolled airspace.

We are only now getting a clearer picture of the war’s costs. We spent trillions of dollars — dollars we might as well have set on fire in the many “burn pits” that once littered Afghanistan and Iraq. We sacrificed thousands of lives — 2,461 American service members in Afghanistan, nearly twice as many in Iraq — and that doesn’t include the lives of U.S. partners, or the many thousands of innocent Afghans and Iraqis who perished in our follies.

So it’s not a surprise that many American veterans, including some of my close friends, are highly cynical about these wars. We are also conflicted about our own service. I have friends who regret they served and seem determined to prevent their own children from following in their footsteps. Others do not believe the wars were worth it but remain proud of their service — which seems incredible given the quixotic, immolatory nature of the wars themselves.

I find myself in that latter category, but I’ve spent the past several weeks asking myself why. Knowing what I know now, why would I do it all again? Why, knowing what would happen in the weeks and months that followed Sept. 11, knowing the way in which my elected leaders would squander the lives of so many friends, would I make the same decisions? And why — with fear, yes, and apprehension — would I feel comfortable with my own children someday serving their country?

The answers at which I have arrived speak to both the individual and the collective experience.

I grew up in East Tennessee, where traditions of military service remain strong. In my mother’s family, at least, there was a strong expectation that any able-bodied young men would serve in uniform. And as a young man, growing up with my grandfather’s campaign medals hanging over my bed, I remember thinking that I would not want to look back on my life having never served in uniform.

I still feel that way decades later. I was hardly the first young man for whom military service was a rite of passage on the journey to adulthood. It had to be, for me. At what, today, seems like an impossibly young age of 23, I was given responsibility for a platoon, and I was expected to fight with enough courage and intelligence to bring all of my men home with me if at all possible.

A year ago, my former platoon sergeant paid me a visit in Texas, and the two of us reflected on that shared responsibility, marveling at how young and immature we were. The stress, both physical and mental, was immense. There’s a picture of me from the end of my first deployment to Afghanistan. I am shirtless, and I look emaciated. Days spent patrolling above 10,000 feet on one meal a day will do that to you.

Yet I look happy. I had survived, after all, and I was stronger, in so many ways, than I was when I had arrived. If those experiences do not help you grow you as a person, nothing will.

The war had the same effect on so many others. I recently spoke for several hours on the phone with a friend, a former aid worker who spent several harrowing years in Afghanistan and then had moved back to the United States and retrained as a nurse. She told me her experiences helped prepare her for the trauma and demands of the Covid-19 pandemic. She was, she concluded, grateful for those experiences. The war was like calluses on a hand, earned through labor, making future challenges more bearable.

One tragedy of the wars was that they claimed so much talent — so many luminescent lives snuffed out in late adolescence. Still, to have served alongside such men and women — to have worked together, to have fought together, to have laughed together — was a blessing.

If we were to collectively abandon service, it would mean abandoning the idea of America. Our country has never been more, or less, than a democratic experiment. The wars in Iraq and Afghanistan were not the first time the experiment has gone awry, and they will not be the last. But for the experiment to continue, the country needs citizens willing to commit to it, even when they know their elected leaders might make decisions that end in catastrophe.

I have been asked to serve my country several times over the past few decades, both in and out of uniform, and each time is frankly thrilling. To be a part of this ambitious American project is to be a part of something so much grander and so much larger than yourself. I know now, in a way I did not fully appreciate two decades ago, that fallible or outright malign policymakers can take my service and twist it into fruitless or even cruel ends.

Yet I would do it again. Because this country of ours is worth it.

I hope my children someday feel the same way.

Andrew Exum (@ExumAM) led light infantry and Army Ranger units over three deployments to Iraq and Afghanistan between 2001 and 2004. From 2015 to 2017, he was the deputy assistant secretary of defense for Middle East policy.